On a beautiful early autumn evening, an ominous Friday the 13th March 2020, just before Covid19 took over our lives, a magical performance took place in the gardens of Calthorpes’ House:

Suburban Apparitions | Magic Lanterns at Calthorpes’ House, was the creation of artist and academic, Martyn Jolly and a team of talented musicians, actors, artists and performers.

This show drew on the history of Calthorpes’ House and the Calthorpes’ family as a springboard for a creative exploration of life 1930s and 40s Canberra. Jolly interviewed 96-year-old Dawn Waterhouse (Nee Calthorpe) who grew up in the house, was inspired by her memories of the pianola songs, radio broadcasts, picture shows and cracker nights of this era. 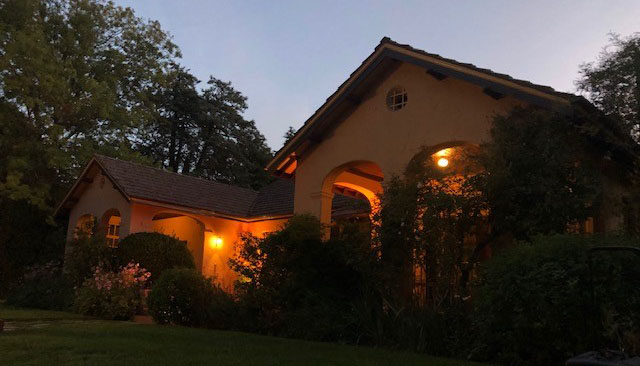 The audience gathered on the lawns of Calthorpes’ House which was lit up by lanterns and coloured lights and sipped bespoke cocktails from the visiting ‘Pop INN’ Bar. Music of the 1930s drifted out of the house from open French doors that revealed Dr Jennifer Gall playing the pianola in the sitting room. 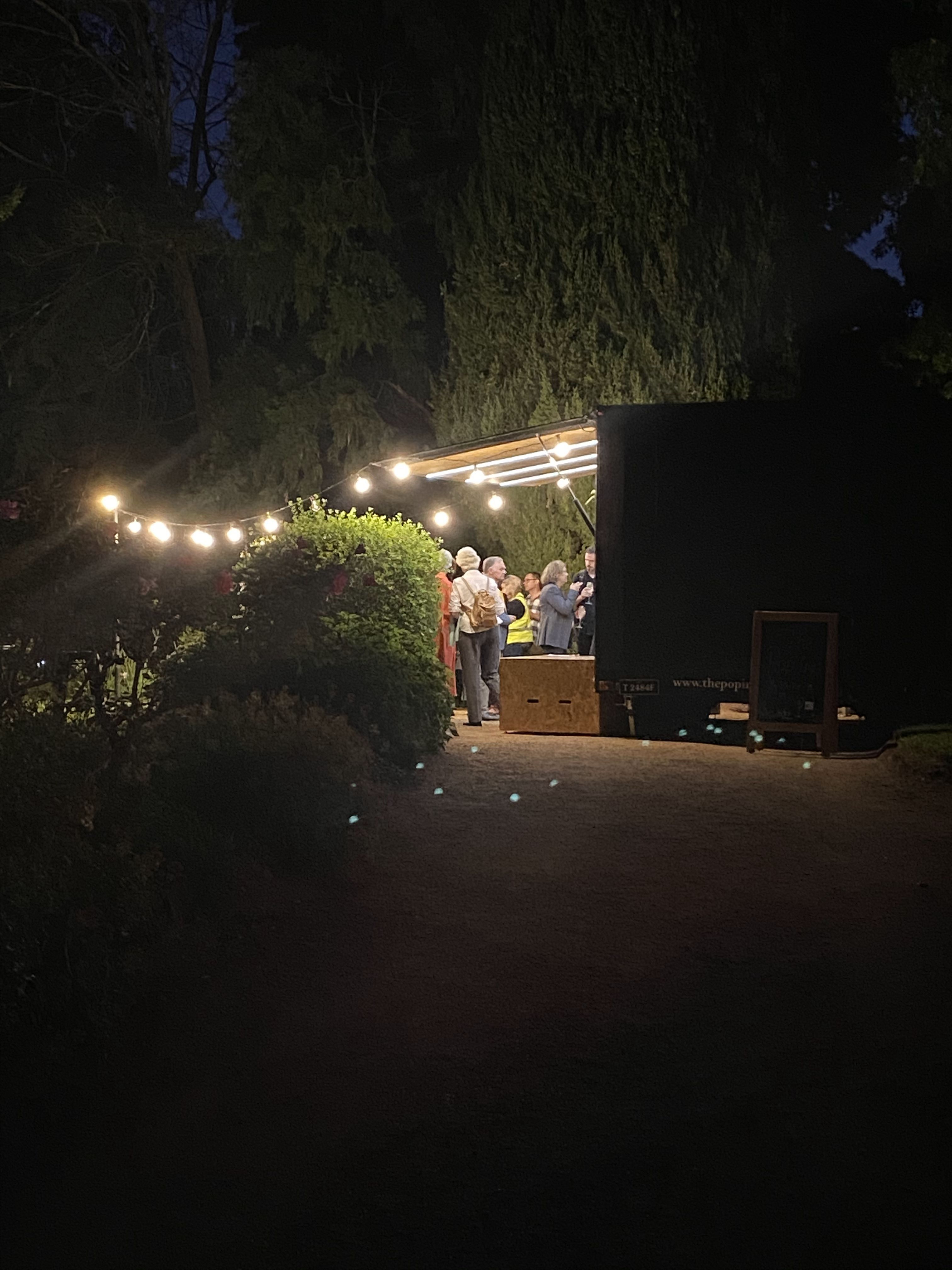 For the performance, Jolly and Dr Elisa DeCourcy with assistance from Prue Hazlegrove used two original 1870s era Magic Lantern projectors that had been converted to use LED lights instead of the original Kerosene lamps. Jolly and deCourcy loaded and animated each slide by hand – jiggling, overlaying, fading in and out to create their spooky story. Dr Alex Hunter created an original soundtrack with grabs of radio and cinema soundtracks, music and sometimes spooky sound effects overlayed by live vocals by renowned opera singer Heather Keens, creating a seamless bespoke experience for the audience. The slides were mostly from the 1870’s hand painted or printed on glass; however, the show was book ended by two beautiful images of Calthorpes house painted by contemporary artist Waratah Lahy especially for this event.

The magic lantern was invented in the 1600s, probably by Christiaan Huygens, a Dutch scientist. It was the earliest form of slide projector. The first magic lanterns were illuminated by candles, but by the mid-19th century Kerosene and Limelight lamps were used. Limelight was created by heating a piece of limestone in burning gas until it became incandescent. It was dangerous but produced a light that was strong enough to project an image before thousands of people, leading to large shows by professional showmen. Kerosene lamps were not nearly as bright but were much safer.[i] 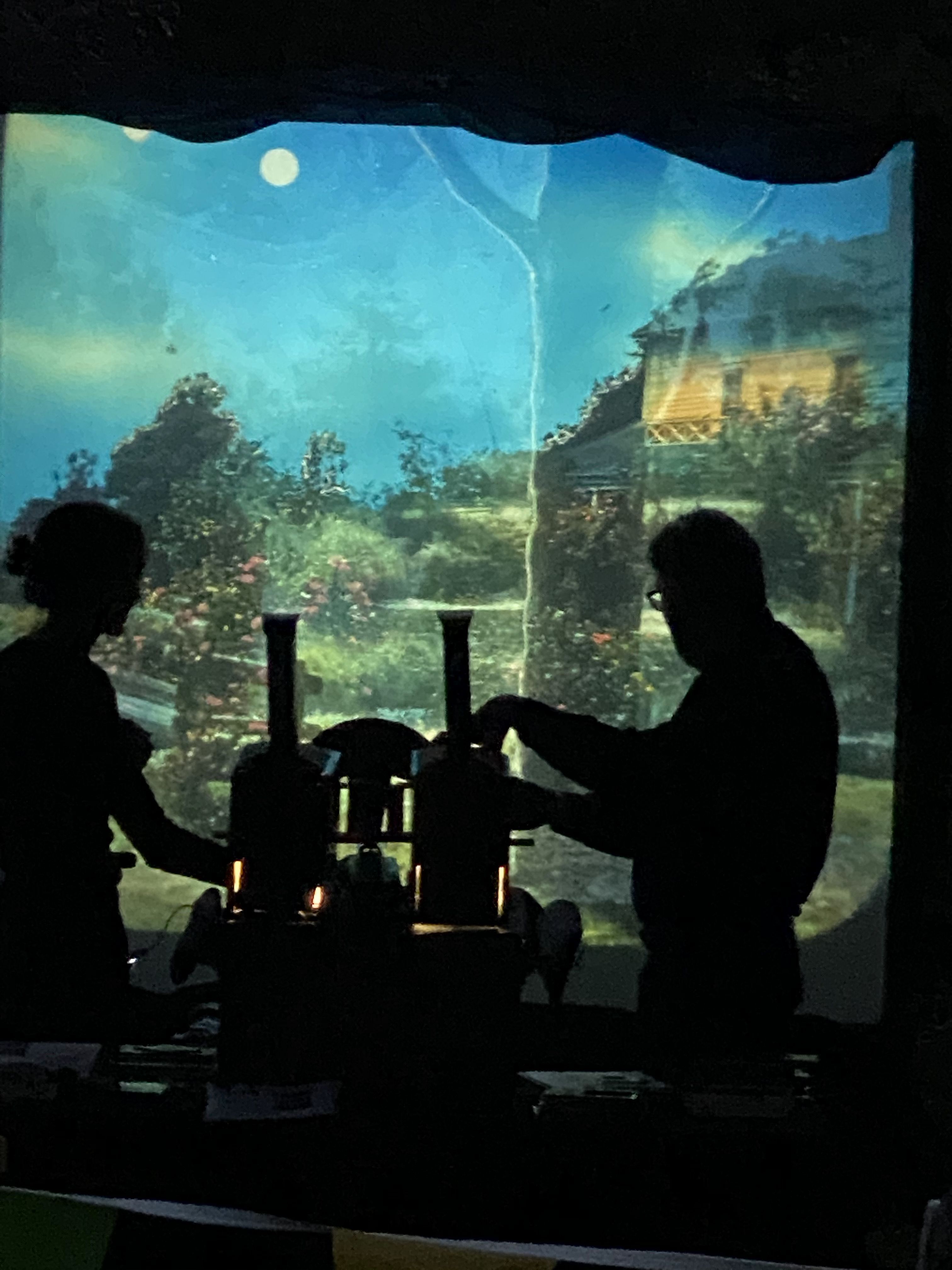 From the 1840s to the 1930s the lanterns were used around Australia to project beautifully hand-painted slides in theatres, lecture halls, church services, private homes and public spaces.

The lanterns are the subject of Martyn Jolly’s Australian Research Council grant; Heritage in the limelight: the magic lantern in Australia and the world 1840-1940. The project aims to shine a light on the magic lantern and restore its place in our collective memory. [ii]

Jolly has a collection of 16 magic lanterns and several thousand slides which he uses to explore what audiences experienced at magic lantern shows 100 years ago. As part of this project here will also be an exhibition his lanterns at Canberra Museum and Gallery: Martyn Jolly’s Phantasmagoria

A recording of the complete performance can be seen at the Heritage in the Limelight site at https://soad.cass.anu.edu.au/research/heritage-limelight/videos